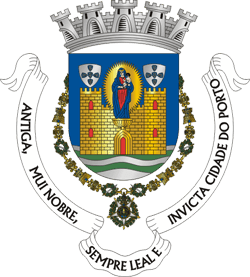 Welcome to our City, Oporto!

Porto is one of the oldest cities in Europe. Unique, hospitable and cosmopolitan, the city of Porto is situated in the north of Portugal. It is the second largest city in the country, with approximately 237,000 inhabitants and, in total, the district of Porto has 1,300,000 inhabitants. It lies in a very special geographical setting, between the river and the sea, and can easily be described as the amphitheatre overlooking the Douro River, beside which it was born and presides…

It is impossible to consider Porto’s history without referring back to prehistoric times. Paleolithic Age engravings over twenty thousand years old found on the rock faces in the city of Foz Côa, a city bathed by the Douro River and located in the highland winemaking region of Alto Douro, attest to human settlement in this area. These findings led to the creation of the largest open-air rock face engraving museum in this city, the Museu do Côa, at the site of the crossing point between the Douro River and Côa. However, historical reports allege that the city of Porto dates back to Roman times, more specifically to the 8th Century B.C., at a time when it was named Cale or Portus Cale, the origin of the name of Portugal. Celtic ruins have also been found in Porto, proving that the city attracted a variety of settlers, each different group contributing to the city’s development on the granite hillsides, along the river banks. Thanks to its fierce resistance during two battles and sieges in history, it has earned the epithet of ‘Cidade Invicta’ (Invincible City).

Visitar-Porto.com, and with the help of our tourist promotional company, Visitar Porto Lda, whose head office is located on the bank of the Douro River (where our Live Webcam is located), you will be able to travel throughout Porto, really getting to know this Portugal second city in terms of its architecture, nightlife, shopping opportunities and gastronomy. In this tourist guide, you will also find information on places to visit, events, where to stay, images and even the Porto Webcam, providing truly breathtaking images of the unforgettable city of Porto, where there is so much for you to discover! 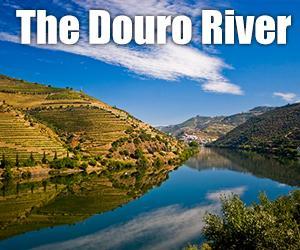 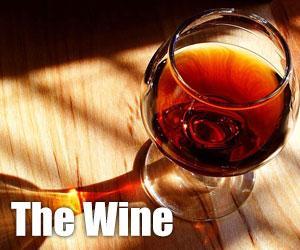 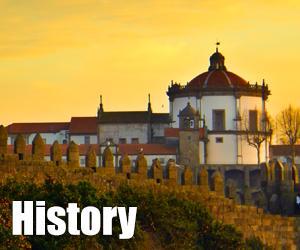 The Douro River, which at 850 kilometers long, is the third largest in the Iberian Peninsula, was in days gone by, the great catalyst for the city’s development. Since the beginning of Porto’s history and colonisation, the Douro River triggered the development of the city as the only major means of transport available at the time, especially for the Porto Wine. In terms of tourism, the Douro River’s potential has been well exploited, with various firms providing trips and cruises upriver as far as Spain. Did you know that there are cruises lasting five or more days up the Douro River? It is without doubt an unforgettable journey amidst unique landscapes of lush vines and olive groves gently sloping down the hillsides towards the river banks, which have been cultivated and tended for thousands of years.

In addition to its river, Porto also boasts the sea. Its stunning beaches, such as Foz, Matosinhos and Gaia retain the appeal that has always characterised them, namely large expanses of sand set against a backdrop of nature and city. You cannot help but be impressed!

Together with the Porto Wine cellars situated on the opposite bank of the river, in Gaia, the ‘rabelo’ boats are a picturesque reminder of the traditional way of transporting the wine barrels once the grapes had been harvested and fermented to make wine on the highlands upriver. Thanks to its port wine, the Douro region is the oldest demarcated wine-producing region in the world, a distinction it earned in 1756 to safeguard the authenticity and quality of the wines from this region.

The city of Porto is surrounded by granite mountains, overlooking the Douro River. It has often been said that the light grey granite foundations on which the city was built, a stone that has been used to build many of its monuments and prominent buildings, has given the city its own distinctive colour. Porto’s forefathers used this stone, embellishing it over the ages to add beauty to the city and meriting the frequent reference to the light grey granite that abounds on the façades of buildings or on the paving of its thoroughfares. The beauty of its historic centre, renowned for its narrow streets and various monuments and granite buildings, as well as the residential areas that constitute the city’s visiting card in Ribeira, earned it its recognition as a UNESCO World Heritage site in 1996. Porto’s magnificent and varied styles of architecture, ranging from the baroque and gothic to Art Déco, give the city the semblance of an old post card. If you walk around the city at night, the beauty of the façades of the buildings, the enchanting riverside Ribeira area and the D. Luis bridge will make it seem like a journey into a time gone by, almost as if time had come to a standstill.

First-time visitors to the city will easily understand what distinguishes it from so many others. Once here, stop. Listen. Look around. The colour, the aromas, the hospitality, the movement and the joining of two cities (Porto and Vila Nova de Gaia) by means of bridges over the Douro River testify to its status as a significant commercial hub and not just the capital of the north of the country in name but because it harbours a major part of the country’s business and industrial sector, notably the wine, textile, footwear, automobile (such as the large Salvador Caetano group) and furniture industries (Paços de Ferreira is considered the country’s ‘furniture capital’). São João da Madeira’s footwear and hat industries export their products worldwide, producing items that are favourites among such well-known names as Barack and Michelle Obama, Shakira, Paris Hilton, Cameron Diaz and the queen of Spain, Letizia Ortiz.

Porto’s appeal also lies in its tradition. The St. John's (São João) is Porto’s most emblematic festivity and considered to be the city’s longest night. On the night of the 23rd June, the main areas of the city fill up with revellers enjoying this popular festival. Until daybreak, people of all ages congregate on the city streets, enjoying the tradition of ‘hitting’ passers-by on the head with plastic hammers. The streets are filled with typical multi-coloured balloons and buntings, popular music and street vendors grilling sardines everywhere.

This city is also associated with its vibrant, youthful population, thanks to the large community of Portuguese and foreign students studying at Porto University. Porto University was ranked among the top 300 best universities in the world by QS World University Rankings, considered one of the most important and trustworthy ranking authorities of higher education establishments. The traditional university graduation celebration, the ‘Queima das Fitas’ (Burning of the Ribbons) that fills the city’s streets throughout the month of May, is already considered to be the city’s second largest festivity. 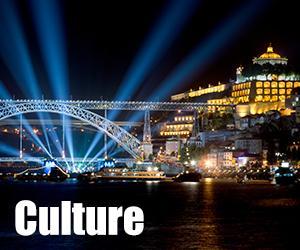 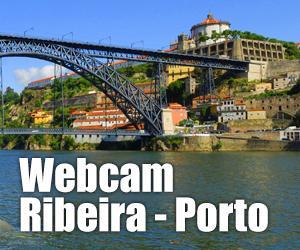 Nevertheless, there is also a very contemporary side to this city related to culture. The unique design of Dutch architect, Rem Koolhaas’ Casa da Música, has made it one of the city’s major attractions. Another important cultural attraction, the Fundação Serralves, houses renowned Portuguese architect, Siza Vieira’s Museum of Contemporary Art and the Art Deco marvel of the Casa Serralves. Porto also contains many museums, all attesting to the city’s rich history. Porto was European Capital of Culture in 2001.

And no mention of Porto is quite complete without referring to its renowned gastronomy (which includes its famous Francesinha’ toasted sandwich and its Tripas à Moda do Porto (tripe and bean stew) and more recent cosmopolitan street markets, where one can find everything (from books to vinyl records and clothes), the nightlife (there are many who visit the city purposefully for its nightlife), the city’s beautiful gardens, but also other curious aspects such as its very typical pronunciation. Different expressions are often used in this city (for example ‘cimbalino’ instead of café [coffee], while the accent of its inhabitants often replaces Vs with Bs and there is widespread use of swear words, something that comes naturally to its inhabitants because they are uttered without intent to offend. And this custom in no way detracts from the innate hospitality of the inhabitants of the Invincible City!

Two European Champions League Cups, two UEFA cups and 27 Portuguese championship first division titles. Do you know which Portuguese football club we are talking about? FC Porto of course, the greatest club in the city! Another site worth visiting is this football team’s stadium, the ‘Estádio do Dragão’ (Dragon’s [the team’s nickname] Stadium) which houses a very popular museum (Museu Futebol Clube do Porto) visited by thousands of people! The city also boasts another important football club, Boavista FC, another holder of many Portuguese titles and noteworthy participator in various European football competitions.

And as no holiday can be planned thoroughly without mentioning the weather, Porto enjoys a temperate, Mediterranean climate with cool Winters and warm to hot Summers. The average Winter temperature is 14ºC and approximately 25ºC in Summer. The city’s proximity to the sea and the Douro River add a touch of humidity to the air, making the Winter temperatures feel slightly warmer and those of Summer, slightly cooller.

And if you’ve heard it referred to as Oporto, rest assured! It’s the same city! Porto is the Portuguese word while Oporto is the name sometimes used by foreigners, a name that was coined by the Spanish and English to refer to the city at the time that it became known for its Porto Wine trade. These two languages have included the original Portuguese article before its name as though it formed a part of the actual name. However, both forms are considered correct.

For all the above reasons, Porto was named Best European Destination in 2012 and 2014.

Come and have a look for yourself and succumb to the city’s charms.