How to get to Porto

How to get to Oporto

Porto is an international destination serviced by an international airport as well as national and international rail links, with two main train stations in the city. There are highways running into Porto from the north, south and east. The city is bordered on the west by the Atlantic Ocean.

For local and regional trains, the very impressive São Bento Station (just around the corner from Avenida dos Aliados is the place to go. You can hop on any number of suburban trains heading for Porto’s outlying districts, as well as trains departing to other cities. Campanhã Train Station, a few kilometres east of the centre, is the station for interregional and international trains. For more information, contact the national train service CP or Eurolines about domestic and international travel. 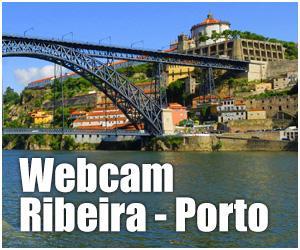 Coming from the south by car, you’ll probably arrive in Porto by the A1 highway. If you’re driving in via Guimarães, you’ll be rolling along the A7. Take the A4 to head east, out of the city. The highway passes through Vila Real and Bragança on the way to Spain. Porto’s historical centre is a complex labyrinth of streets. If possible, leave your car in a garage, on the outskirts of the town or at your hotel.

As far as buses are concerned, there isn’t a central hub with a ‘one stop shopping’ option. Bus companies are scattered throughout the city, although there are connections to just about anywhere you need to go in Portugal. ALSA runs buses from Porto to Spain, and Rede Nacional de Expressos, located in the Paragem Atlântico Terminal, maintains routes across Portugal. Rodonorte has daily departure for Aveiro, Bragança, Castelo Branco, Vila Real and other spots. If you’re travelling to Lisbon, then Renex is your best choice for a direct route. Eurolines offers international destinations, as does Internorte. If you find the different services and garages confusing, you can get it all sorted out at an official Tourist office.

Just to give you some references on prices from Porto Airport to the city centre and back: