How to get to Porto

This Port is one of the most important ports in the country, it is endowed with quays (a conventional quay for general cargo and solid bulk and a quay for liquid bulk), terminals (terminals for tankers, containers, multi-use and cruise liners), a yachting marina, a fishing harbour and specialised facilities (such as for deposits and warehouses).

Every year, it handles around 14 million tonnes of goods (such as textiles, wines, granite, wood and automobiles) and around 65 thousand passengers pass through the Port of Leixões With the work for building a new Cruise Terminal in Matosinhos, this port will make an increasing contribution towards the growth in tourism in the North, with more and more cruise ships and more passengers passing through. 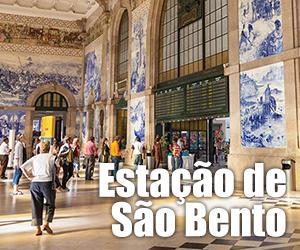 Visitors arriving by boat come from all different parts of the world, but mainly Germany, the United Kingdom and the United States of America.

The South Passenger Terminal for cruise ships was inaugurated in 2011 in order to boost the tourism in Porto and the north of the country. The finest cruise ships in the world having been calling at this terminal. The Passenger Station, situated in the North Passenger Terminal, is a beautiful wooden building, which looks like the hull of a ship, and is considered to be Architectural and Historic Heritage of Matosinhos. This space has a capacity for 750 passengers to embark and disembark.

As a fishing harbour, Matosinhos is one of the top ports with regard to the overall amount of fish caught, especially sardines.

If you want to travel between the Port of Leixões and the city centre (or vice versa) by metro train and if you are near the cruise terminal 1 of Porto, the nearest metro station is the market. If you are close to Matosinhos Beach, nearby is the Matosinhos south metro station. The cost is about 2 € and takes about 25 minutes.

If you want more comfort, you can always opt for a taxi. The city center trip costs between 15 and 20 € and takes about 15-20 minutes.