The most famous industry in Porto is, without a doubt, the Port Wine. The creation and export of Port Wines began with the Treaty of Methuen in 1703, which formed a commercial and military alliance between England and Portugal. Due to the rivalry between empires in the North of Europe, namely between England and France, the English became loyal to this product and began to be increasingly interested in procuring this wine, importing large quantities.

Various studies indicate that there are currently tens of thousands of people working in the production and sale of Port, including farmers, producers and merchants. It is a dynamic sector of the economy, responsible for thousands of jobs.

This Port Wine industry is actually very closely related to Tourism. Visitors from all over the world come to Porto and one of the things that cannot be missed in the city is a visit to the Porto Wine Callars in Vila Nova de Gaia, or to go up and down the Douro River on a cruise where you can admire the vast green hillsides with dramatic slopes down to the river, covered in vines and olive groves.

Porto is also a city that is also very rich in architecture, with buildings with various influences, including Baroque, Neo-classical and Gothic... Most of the most famous buildings in the city are made of granite, a stone whose sale has a significant impact on Porto's economy and industry. There are companies in the district of Porto who export granite to various markets in Europe and beyond. 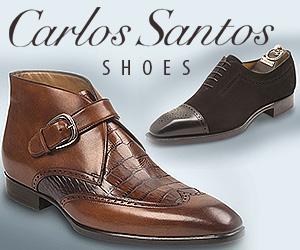 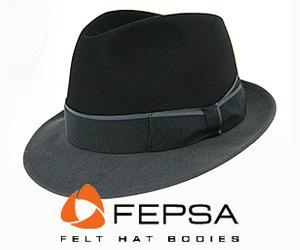 The textile industry also occupies an important place in the economy of Porto, as well as the leather. For example, clothes and cotton fabrics are produced in Porto, later following a lot of raw material for factories of multinational brands. The same applies to shoes made of leather.

As it is next to the sea, fishing plays an important role in the local economy, and there are the fishing towns that stretch up and down the coast. The fish that are most caught here are sardines and hake. Porto was, and continues to be, a city geared towards commerce, exporting food produce such as beans, oranges, olives and olive oil, for example.

Throughout the Porto district and the Porto Metropolitan Area there are towns and cities that are prosperous due to the large amount of manufacturing and commerce. And it is in a municipality of the Porto Metropolitan Area that the world's largest cork producer can be found, Corticeira Amorim, which is also the most international Portuguese company, producing corks, flooring and walling, composites and insulation. However, there are also many other companies in this business sector in Porto and the surrounding area. Another large contributor towards exports is footwear. A lot of companies in this sector are concentrated in the Porto district and the Porto Metropolitan Area. Millions of shoes produced in São João da Madeira or in Felgueiras are exported to the four corners of the world and Portuguese footwear is one of the favourites of personalities such as Barack and Michelle Obama, Shakira, Paris Hilton, Penélope Cruz and Letizia Ortiz.

The main milliners are also found in São João da Madeira. The felts and hats made here are renowned throughout the world. This is the city's main industrial activity and was first set up in the 19th century. You can experience a different kind of tourism here, industrial tourism, with the possibility of visiting the traditional industries and the way they operate. Also, don't miss the Museu da Chapelaria (Hat Museum) in that city, the only one in the Iberian Peninsula, where homage is paid to all those who used to make hats. Personalities such as Nicolas Cage, Harrison Ford and Robert De Niro wear hats made from Portuguese felt. Haute couture houses such as Hermès and Prada also use Portuguese felt.

Paços de Ferreira, which belongs to the district of Porto, is considered to be the furniture capital. Hundreds of furniture factories are concentrated there, exporting to such far away countries as China. Furniture represents almost 80% of the industry in this municipality.