The Wine Industry in Porto

Vineyard cultivation and wine production in the Douro date back thousands of years, thus reinforcing the importance they have always had for the development and economic growth of this region.

There are records of vines, presses and cellars on the banks of the Douro River dating back to the Romans, but other peoples who passed through the region made this product even more important, to the extent that it became the brand image of the city of Porto.

The 14th century marked the beginning of the internationalisation trend of Port wine, a wine that is different as it is fortified. The grapes, planted and grown on the vast hillsides in the upper Douro, were then transformed into wine and transported by the rabelo boats (now used for sightseeing cruises) to the Port wine lodges, which are cool, damp cellars, on the south bank of the Douro River, on the Vila Nova de Gaia side, where the wine was stored and then sold. It would then be exported to different parts of the world, mainly to England. The English enjoyed this different, stronger wine so much, that they invested in its production themselves, creating the Port wine companies in this city.

Over the years, the old ways of producing and transporting Porto wine changed. Now it is sent by road to the lodges, but it is in their cellars that much of the production is still stored for the wine to age. Nowadays, each company has its own estate, in the Douro region, with all the right conditions for the wine production and handling. The Alto Douro Wine Region was the first wine-producing region in the world to be regulated, in 1756. Very early on, this product was found to have a high economic potential, which was maximised, and that is why it is now the successful product we can see all over the world.

Apart from Port, the Douro also produces table wines. The Douro region is becoming increasingly renowned for its reds, whites, Muscatel and sparkling wines, which are also made from the grapes grown on the steep banks of the Douro River, planted on shale and granite soils. 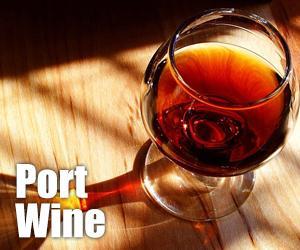 Tens of thousands of people work in the production and sale of Port and Douro wines, including farmers, producers and merchants.

Sogevinus is one of the biggest exporters of Port wine and DOC wines (Designation of Origin — a classification of the wine's quality control). Among the brands of Port, it has such well-known wines as Kopke, Burmester, Calém and Barros.

Sogrape Vinhos is the owner of the famous brand of Porto wines Casa Ferreirinha, as well as Offley and Sandeman. However, it also produces table wines, such as the famous Mateus Rosé, a brand that took the whole world by storm some years ago.

Symington Family Estates is the owner of a number of Port brands: Graham’s, Dow’s and Cockburn’s, but it also produces table wines.