Museu Nacional Soares dos Reis was the first public art museum in Portugal. It is set up within the Palácio dos Carrancas, a building from the end of the 18th century, which has undergone various adaptations over time in order to be transformed into a museum.

The space was created to receive the items that were confiscated from the abandoned or extinct convents in Porto and other districts, a looting which took place during the civil war between the liberals and the absolutists.

It displays ceramics, sculptures, engravings, jewellery, furniture, gold, paintings, textiles and glass. For example, the ceramics collection is one of the largest in Museu Soares dos Reis and is comprised mainly of Portuguese faience with pieces ranging from the 17th century to the last century, originating from various areas in the country that produced such items, such as Gaia, Porto and Viana do Castelo.

The patron of this museum, António Soares dos Reis, was a renowned sculptor. The most famous piece in the museum created by him is 'O Desterrado', which received a gold medal at the Madrid International Exhibition in 1881.

The museum also has a library specialised in areas related to the museum's collections, such as art history and the history of Porto. 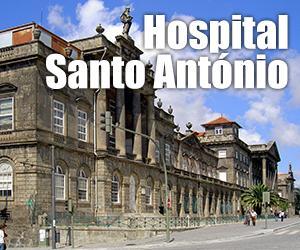 You'll also find the Museum Shop, where you can buy publications, objects or replicas of pieces from the collections from museums and palaces, and there's a cafeteria with a terrace, where you can stop for a coffee, lunch, or afternoon tea.