The vineyards of the Douro Region date back thousands of years. There are records of the remains of vines in this region from around two or three thousand years ago. These archaeological findings are a witness to the past cultivation of the land next to the river.

If we’re talking about Port, we're talking about something that is characteristic of the people as it is the result of generations of perfection and knowledge, a symbol of this city.

Port is unique, even though other fortified wines may have a similar flavour. Nevertheless, only the wines produced in the Douro Region can be called Port Wine.

Vines first began to be planted and developed during the Roman occupation. Along the banks of the Douro River, which stretches for 850 kilometres, there are remains of wine presses and cellars from the 1st Century A.C. 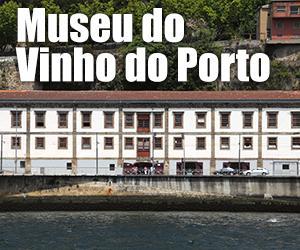 The grapes were grown and harvested then, as they are now, in the Douro Region. The vines shape the hillsides, creating unique landscapes of varying shades of green, russet and gold. You can take a placid trip up the Douro River where you'll be delighted with the magnificent views, the vast array of vineyards, the hillsides reflected in the calm, beauty of the river, in a kaleidascope of light and colour!

Port is different from other wines because the fermentation stage is not completed but halted near the beginning and a grape spirit, a brandy, is then added. That is why Port is naturally sweet and stronger than traditional wines. It is an excellent aperitif and also goes very well with cheese, desserts and dried fruit. It is most renowned and appreciated as an after-dinner drink, making the perfect finale to a gourmet meal.

As various other peoples crossed this region, such as the Visigoths and Muslims, wine became increasingly important but it was during the 14th Century that Porto began to distribute this product to various external markets, using the Douro River as a means of transport. The Port Wine was transported in the typical 'rabelo' boats, which can still be seen today on the banks of the Douro River. This means of transport was also used to take the wine to the Port Wine Cellars for storage, where it is still kept and aged today.

Due to the rivalry between empires in the North of Europe, namely between England and France, the English gave their loyalty to this wine and became increasingly interested in procuring it, importing large quantities. However, this growth also brought problems, with vested interests and fraud, and so in the 18th Century exports became stagnant, some of the producers started changing the composition of the Port Wine, which led the English to accuse them of adulterating the wine and affecting its quality. As a result of this situation and in order to guarantee the product's quality, to stabilise prices and avoid imitations, in 1756, the Douro Region was registered as the only area that could produce Port.

In 2001, a project began to promote the wine-growing villages in the Douro Valley (such as Favaois, Salzedas and Trevões), which have been linked to the culture of wine for thousands of years. Every year the Festival das Aldeias Vinhateiras (Festival of the Wine-Growing Villages) takes place during September and October, at the time of the grape harvest. Visitors flock to these villages where there is entertainment and plenty of activities and fun for all.

In September, the sculpted terraces of the Douro Region's landscape are filled with people wanting to take part in the grape harvest, which is arduous work, consisting of picking the grapes, which are put into boxes and taken to the presses where they are trodden by the people who want to help with this task. Many of the estates open to the public at this time of year, so that visitors and others may witness the entire process.

There are two routes you can visit in the Douro Region. On the Port Wine Route, the majority of the estates in the Douro show visitors how the grape harvest is carried out and how the wine is made. Visitors can even help in the wine-making process! Can you imagine being a Port producer for a day and treading the grapes with your bare feet? Come and give it a try!

Due to its size, this route is divided into three parts: Baixo Corgo, Cima Corgo and Douro Superior, separating the various municipalities that are part of this wine region.

The Vinhos de Cister route is closely connected to religion, as the monks in this area used to tend the surrounding land, planting vines. The climate in this region, which is cold in Winter and hot in Summer, enables the grapes to maintain their acidity, which is why it is famous for its sparkling wines.

There are different types of Port, some of the most well-known varieties being Ruby Port (a popular Port, made of red grapes and matured for several years, with a sweet, fruity flavour) and Tawny (generally matured for longer than Ruby, it is aged in oak casks and has a brownish-red colour and a more nutty flavour than the Ruby). LBV (Late Bottle Vintage) is made from a single harvest, selected and matured in a vat for around six years, or sometimes less. Crusted Port is a blend of different top quality wines and once open, it must be decanted, as it is a wine that has not been filtered and creates a deposit in the bottle, the 'crust'. Hence the name. Crusted port is matured for at least one year in the cask and a further three in the bottle. Once on sale, it can be consumed, as it does not need to mature any further. Vintage Port is the most regal of all Ports. It is made from an exceptional harvest from a single year. The wine is matured in oak casks for several years and then matured for a much longer period in the bottle (15 to 100 years). This is a wine that can be laid down in the cellar for a very long time. White Port is made of white grapes such as the Arinto or Malvasia variety and ranges from very sweet to very dry, depending on the blend. It is also fortified with brandy, the same as the other types of Port.

Various Port houses have been winning a number of awards. In 2013, the Douro wines clearly held a prominent position in the International Wine Challenge, and the renowned British wine presenter and critic, Olly Smith, even classified Portuguese wines as "a treasure with hidden gems".