This is the biggest urban park in Porto, covering 83 hectares. The north end of Parque da Cidade is situated along Avenida da Boavista and it stretches all the way down to the sea.

From an architectural point of view, it is very sophisticated, with lakes, lawns, various types of plants and birds all set right in the city of Porto. The stone walls give this park a country feel.

The park has gradually been expanding over time. When it was inaugurated in 1993, it was smaller but has progressively been gaining space. It's expansion was completed in 2002 with the construction of the sea front. Despite its growth, the initial points of access were maintained, such as the entrance further north, which is on Estrada Interior da Cicunvalação. It is next to this northern entrance that we find the area with the most trees, such as large pines and eucalyptus.

The two most frequently used entrances are the northern one and the one on the sea front, as they are easy to access and have parking facilities. A good reference point for finding Parque da Cidade is the Castelo do Queijo. From there you can start your walk from the area closest to the sea.

We can often see families and people with pushchairs, as well as those out jogging and walking.

Queima das Fitas, the university students' annual party is held in an area of this park.

In 2000, Parque da Cidade was selected as one of the '100 most remarkable works built in the 20th century in Portugal' by the Portuguese Order of Engineers. 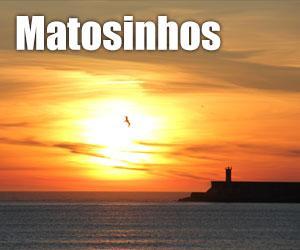 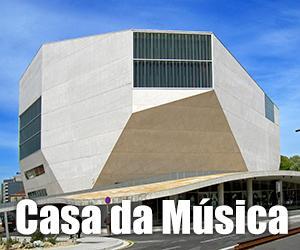 When you come to this park you can visit the Pavilhão da Água (Water Pavilion), which was one of the theme pavilions from Expo 98, the world exhibition that took place in Lisbon in 1998 and attracted millions of visitors. When the exhibition closed, it was set up in Parque da Cidade. This building was created in such a way as to give the illusion of being suspended in the air and is open to the public. If you want to visit it, you should use the north entrance to the park.

Parque da Cidade is also home to the Sea Life Center, a private aquarium open to the public, which was inaugurated in 2009. You'll find almost 6000 marine creatures here from around 100 different species. The main aquarium holds 500 thousand litres of water, and is 10 metres high and 9 metres wide!

After your visit, you can relax on the café terrace overlooking the Atlantic Ocean. This building is next to the Castelo do Queijo Roundabout.

Sea Life Porto
Location: 1ª Rua Particular do Castelo do Queijo, Porto
Opening hours: Monday to Friday from 10 am to 6 pm. Saturdays and Sundays from 10 am to 7 pm.