The Historic Centre of Porto, the oldest area of the city and classified as World Heritage by UNESCO since 1996, is comprised of the civil parishes of Sé, Vitória, São Nicolau and Miragaia (including the Porto Wine Lodges). Dating back to Mediaeval times, and despite all the changes over the years, the Historic Centre of Porto maintains its unique urban characteristics, which are a world apart from other European cities... that's why you really must take a walk through the typical streets in this part of the city, where you'll notice various monuments of incalculable cultural wealth and value, as though time had stood still in the Middle Ages!

This classified area includes the part of the city that was set within the old Fernandina Wall, the residential centre of the city dating back to the 14th century (from 1301 to 1400), and which was used as a military protection of the city, covering an area of 90 hectares.

The Historic Centre of Porto, overlooking the Douro River, has many of the city's famous buildings, such as Sé do Porto (the Catedral), Casa do Infante, São Bento Railway Station, Igreja de São Francisco, Igreja and Torre dos ClérigosI, Mosteiro da Serra do Pilar (in Vila Nova de Gaia), Casa Museu Guerra Junqueiro, Palácio da Bolsa and Praça da Ribeira, among many others. Along with this classified area, a protected area was also defined, which includes Avenida dos Aliados and the blocks encompassing the various squares, such as Praça da Trindade, Praça de D. João I, D. Filipa de Lencastre, Praça Gomes Teixeira, Praça Carlos Alberto, Hospital  de Santo António, Jardim do Carregal, as well as Alfândega Nova, Vale das Virtudes, Fontainhas, Guindais, an area adjacent to Praça da Batalha and the entire riverside area of Vila Nova de Gaia, including the Port Wine Lodges. We cannot forget that Porto is one of the oldest cities in Europe, and luckily, it has preserved much of its heritage from times gone by. 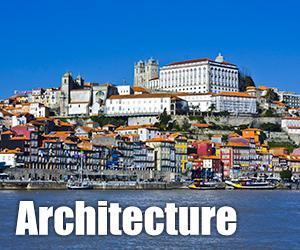 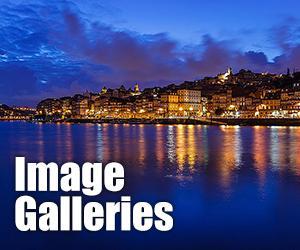 The application for UNESCO World Heritage was an initiative of the Porto City Council in 1991. For the application to be considered, the local authorities called upon the presence of precious archaeological treasures, the city's important link to the development of urban and architectural lines, the existence of a series of monuments and buildings in various styles and from different eras, such as Gothic, Roman, Art Nouveau, Barroque, among others, the rehabilitation processes carried out that were closely linked to social integration and aesthetic and visual harmony, among other aspects.

The application was approved in Mérida, in Mexico in December 1996. UNESCO considered this area to be of remarkable universal value due to the large number of historic buildings, which are a guardian of, and a witness to the history of the city. In tourism terms, this decision was fundamental for the growth of the sector, as various studies indicate that there has been an increase in the number of visitors to the city since that decision.

Porto is, without a doubt, a priceless city!