Cais da Ribeira is a raised embankment leading away from Praça da Ribeira (Ribeira Square) toward the Ponte de D. Luís I. If you head west, the promenade raises further and narrows down a bit, turning into the Muro dos Bacalhoeiros, which is wedged between the riverside and a bevy of polychromatic buildings huddled together in mass. The walkway offers impressive views of the opposite bank. The entire area is littered with places to lunch and dine, from the wider embankment (closer to the bridge) to the tapering streets heading away from Praça da Ribeira toward the Casa do Infante and the Igreja de São Francisco.

Praça da Ribeira, waterfront with the same name, is the central hub, at the bottom of Rua de São João, right next to the river. The Tripeiros refer to the praça as  ‘Cube Square’ because of the large cube residing there, sculpted by José Rodrigues. The bronze sculpture rests inside a fountain where pigeons often come to bathe. 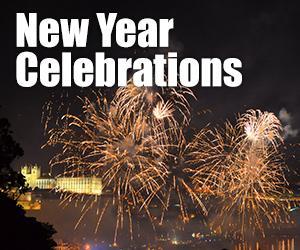 This area was the centre of the city's commercial life in the middle ages, thanks for the connection to the Douro River, and over the years has undergone transformations. However, the medieval constructions remain today. In the fifteenth century, this area was hit by a devastating fire, but quickly regained the image that defines it. In the 80s, archaeological works discovered a fountain of the seventeenth century (1601-1700), which is at the center of the square.

If you travel to Porto, the Ribeira Square is a must-visit spot, whether by the architectural side or the nigthlife. Still maintaining its commercial side that was known for, here many restaurants, outdoor cafés and nightlife venues are found.